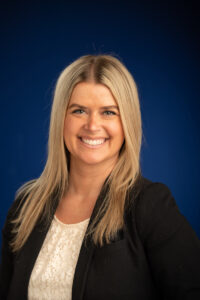 Ashley joined the University of Michigan Office of the Vice President and General Counsel in January 2022.  She is the Executive Assistant to Kara Morgenstern.

Ashley graduated from Central Michigan University with a degree in Political Science.  She previously worked as the Executive Assistant to the EVP of Public Policy and General Counsel at General Motors and to the CEO of Rocket Mortgage.

She is an avid University of Michigan football and basketball fan and in her spare time enjoys playing, coaching and watching sports as well as spending time with her young nieces and nephews.