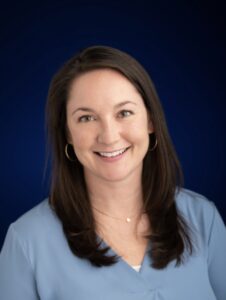 Kelly Cruz joined the Office of the Vice President and General Counsel in 2019 and provides legal and policy advice regarding University of Michigan student life on the University’s Ann Arbor, Dearborn, and Flint campuses.  In her role, Kelly promotes effective risk management and compliance related to student academic and non-academic misconduct, accommodations for students with disabilities, student privacy rights and responsibilities, student organizations, and the greater student community.

Prior to joining the OGC, Kelly served as Chief Compliance Counsel for Dell, Inc. in Boston, Massachusetts, where she focused on anti-bribery, import/export, data privacy, and conflicts of interest.  Before that, Kelly worked at EMC, Corp. and The Dow Chemical Company, as well as serving as a career advisor for Boston University School of Law.  Kelly began her career as a litigator at the law firm of Alston + Bird LLP in New York, where she focused on white collar crime and corporate investigations.  Kelly received her B.A. from the University of Michigan in 2005 and obtained a joint-degree J.D./M.A. from Boston University School of Law in 2008.  In her free time, she enjoys chasing her three toddlers around Nichols Arboretum, central campus, and the many public parks in Ann Arbor.