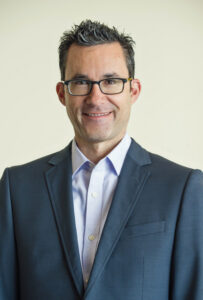 Rick has been a frequent speaker on patent and research issues at the University, with the local tech community, and internationally. Rick has had a significant role in lobbying and educating on U.S. patent legislation reform, including serving as the Co-Chair of a committee for a joint effort among six major university organizations led by the Association of American Universities. This work included testifying before the full United States House of Representatives Judiciary Committee regarding patent law reform in 2012, as well as meeting with U.S. Patent and Trademark Office senior leadership.

Rick has served on a number of committees at the University, for example those at or relating to the Office of General Counsel, Office of Tech Transfer, Office of the Vice President for Research, conflict of interest, and numerous search committees.

Prior to joining the University, Rick was a partner in a Chicago patent law firm, where he practiced from 1991 through 2000. In private practice, Rick secured and protected IP rights for a broad range of clients, but with a focus in chemical and medical fields. He performed domestic and foreign patent prosecution, including considerable experience in reexamination, reissue, and protest proceedings in the U.S. Patent and Trademark Office. Rick also litigated patents in various United States Federal District Courts, including as a key team member in a successful, high profile enforcement of patents covering a blockbuster biotech drug.

Rick received his law degree from the University of Michigan in 1991 and concurrent bachelor degrees in Chemistry and Spanish from Wayne State University, where he received the honor of speaking at commencement as the “Outstanding Male Graduate” of his class of 1988.