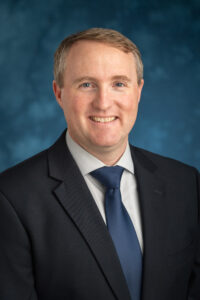 Law is a second career for Sam. He spent nine years as an active duty US Army Officer, including deployments to both Iraq and Afghanistan, and he is still a Major in the Army Reserves. He returned in September 2022 from a year-long tour in the United Kingdom where he provided support to the United States Special Operations Command Europe.

Sam received his law degree from the University of Michigan Law School and his bachelor’s degree from Dickinson College in Carlisle, Pennsylvania.