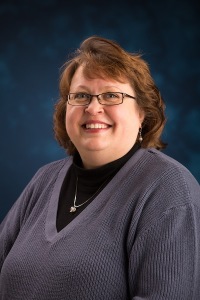 Stephanie started her U-M career in 2002 in the College of Engineering as an administrative assistant to the director of the Walter E. Lay Automotive Lab.  She joined the Office of the Vice President and General Counsel in 2003 as a legal secretary, received a certificate from the American Institute for Paralegal Studies in 2008, and now works as lead paralegal primarily in the areas of domestic and international academic affiliation agreements, including internship agreements and student exchange agreements.  She also works on litigation matters, as necessary.

Stephanie started her legal career in 1986 as a legal secretary and office manager at an Ann Arbor law firm specializing in immigration, corporate, and estate planning law.  In 1998, she became the executive assistant to the president of a Saline, Michigan, branch office of a large international gear technology-automation-aerospace corporation.

Stephanie is an avid University of Michigan Wolverines football fan and enjoys cheering on “the company team.”